Shikimori’s Not Just a Cutie Manga Reveals Her Coolness in Over 3.5 Million Copies Released 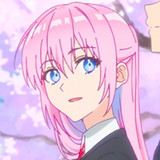 Shikimori’s cool (and of course cute!) attitude graces us each week in the Shikimori’s Not Just a Cutie TV anime, which has also helped her take over Akihabara, but her and Izumi’s original story can be found in Keigo Maki‘s manga series, which released its 13th volume today in Japan. To celebrate the release, the official Twitter for the series announced the current release numbers for the sweet manga.

The Shikimori’s Not Just a Cutie has printed (physically) and sold (digitally) over 3.5 million copies as of the release of the latest volume in Japan today and is only set to grow further as the anime continues!

RELATED: QUIZ: Which Shikimori Are You — The Sweet Cutie Or The Cool Heartthrob?

Shikimori’s Not Just a Cutie Manga Reveals Her Coolness in Over 3.5 Million Copies Released