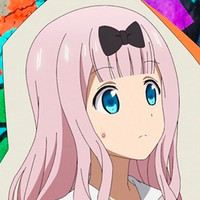 The fifth episode of Kaguya-same: Love Is War -Ultra Romantic-, Kaguya-sama’s third TV anime season, was a musical delight in every sense of the word, but the cherry on top of an already great episode was the new ending attached to it. Aniplex released the ending without credits on their YouTube channel shortly after the broadcast, giving us a chance to watch the spectacular rap battle over and over again.

The single “My Nonfiction” was performed by the voice actors of Miyuki Shirogane and Chika Fujiwara, Makoto Furukawa and Konomi Kohara respectively, with a nearly solo key animation effort and direction by young animator Vercreek, who is best known for their work on Ranking of Kings second opening and key animation in JUJUTSU KAISEN.