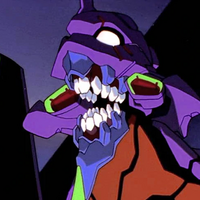 Asus announced earlier in the week that they are bringing the power of Unit 1 to PCs with their ROG x Evangelion collaboration which sees the Ikari-infused mech take on angels as a powerful RTX 3090 graphics card and ROG MAXIMUS Z690 HERO – though, one might need a strong power supply to handle the S² Engine that drives EVA. 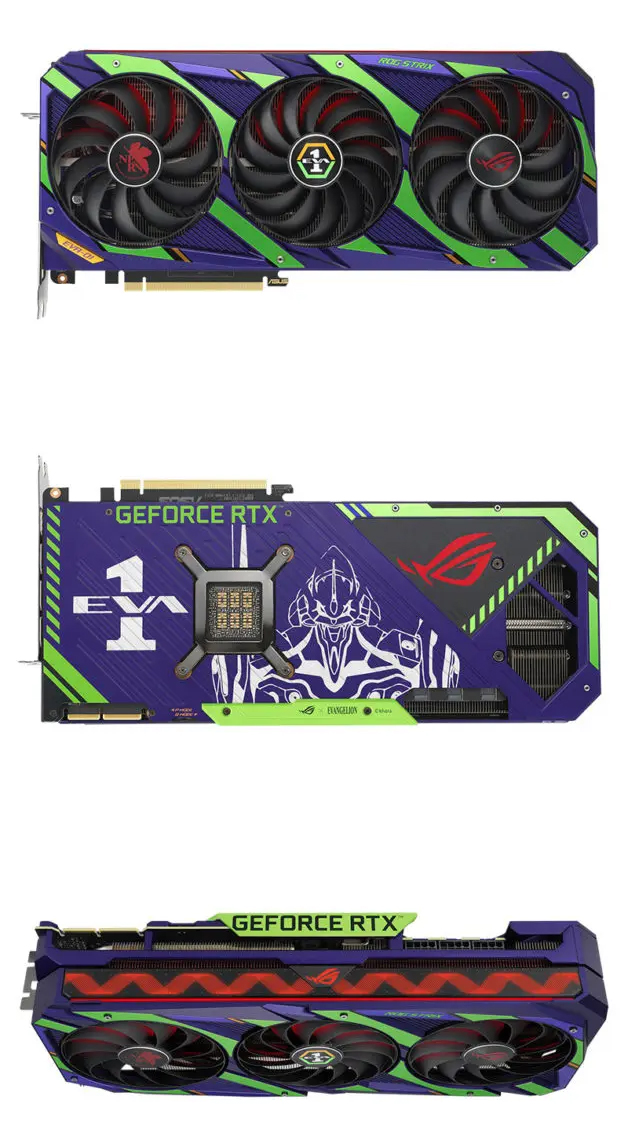 The Evangelion RTX 3090 graphics card is just a recolored ROG STRIX RTX 3090 in the color scheme of Unit 1 alongside a decal of the EVA. The RGB lighting on the side has also been changed to be the synchronization waveform seen in the anime when a pilot and their mech are in sync with each other. One has to wonder if the line goes out of sync if you lose in Fortnite. 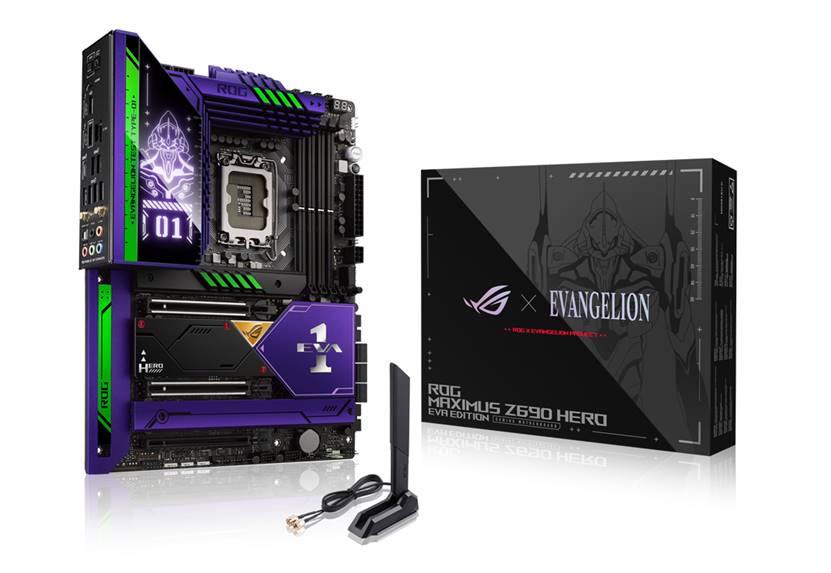 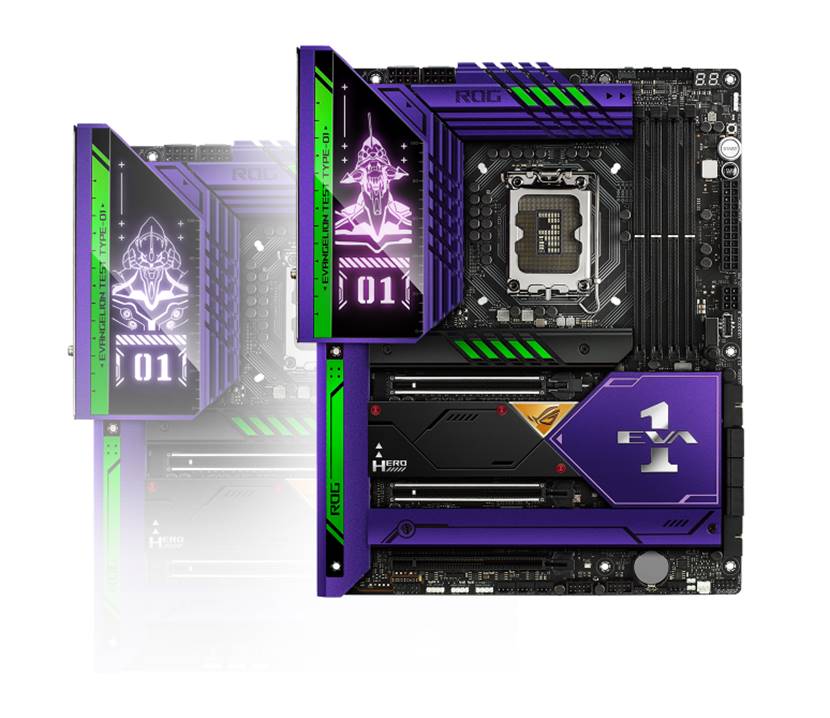 The motherboard is also just a reskinned ROG MAXIMUS Z690 HERO in the colors as the EVA unit. The original specs of the ATX board include a 12th gen Alder Lake Intel socket that has four DDR5 slots, five M.2 slots for storage (three on the board and two in the included M.2 expansion card), three PCIe slots (two of which are PCIe 5.0) and an intergrated backplate. The biggest change on the board – other than the style – is the Polymo I/O shroud, which features Unit 1 in its standard form and awakened form, which changes as you use the machine.

RELATED: Evangelion: 3.0+1.0 Thrice Upon a Time Wins Japan Academy Film Prize for Animation of the Year

While the (very limited edition) Evangelion PC components are only available to the Taiwan region at this time, ROG Japan has teased that they’ll be joining Japan’s lineup soon, though they won’t come cheap! The graphics card is priced at NT$63,990 (US$2,157), with the motherboard costing NT$17,960 (US$605) at retail, who knows how much they’ll cost on the free market! To be fair though, that is less than a whole new EVA, so Gendo should be pleased about that!