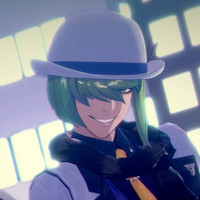 Atlus released a new character trailing detailing the party member, Saizo, in Soul Hackers 2. The official Japanese website has also updated his character page to reflect some other details, including his height of 177 cm and his occupation as a freelancer.

Alongside Arrow and Milady, Saizo was also murdered and brought back to life with Ringo’s Soul Hacking ability. He’s calm and collected and often assumes the role of a mediator whenever group conflicts occur, especially between Arrow and Milady.

Saizo’s COMP weapon is a sub-machine gun and he’s adept with Force (wind) elemental skills. He also sports a high agility stat as well as specializes in recovery skills and item usage.

Another character detailed was Ash, a girl with wild pink hair. She used to be in a relationship with Saizo and also played a part in his murder. However, it seems like Saizo’s initial death was unintentional.

Soul Hackers 2 launches on August 25 in Japan and August 26 worldwide for PC, PlayStation 4, PlayStation 5, Xbox One, and Xbox Series X|S.