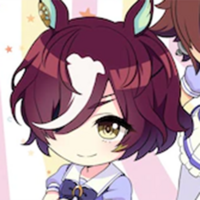 Wishing for more horse girls? Cygames hears you. There are more on the way. So many more. Yes, even after yesterday’s big announcement.

Today marks day 2 of the Umamusume: Pretty Derby live event “SPECIAL DREAMERS!!,” and it was stacked with big announcements. Chief amongst them is UmaYuru, a new short anime project. The series will be animated by SCOOTER FILMS Inc., the studio behind Mahjong Soul Pon☆, and is set to premiere in the autumn.

Check out the first teaser:

See those two horse girls up front? They’re part of the announcement, too! 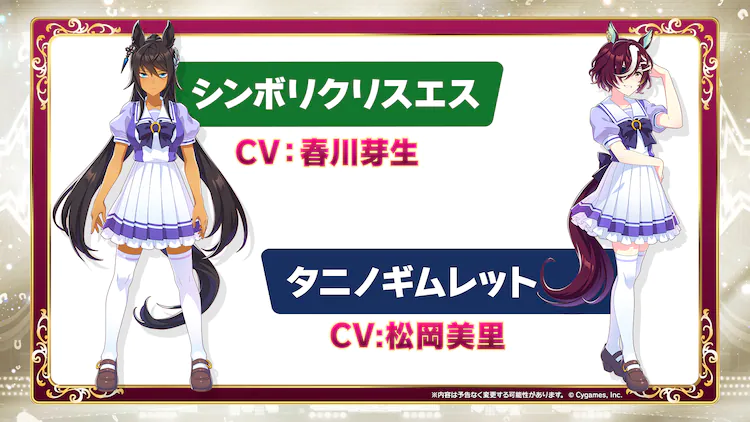 As with the other characters in the media mix series, the pair are based on real-world Japanese racehorses. 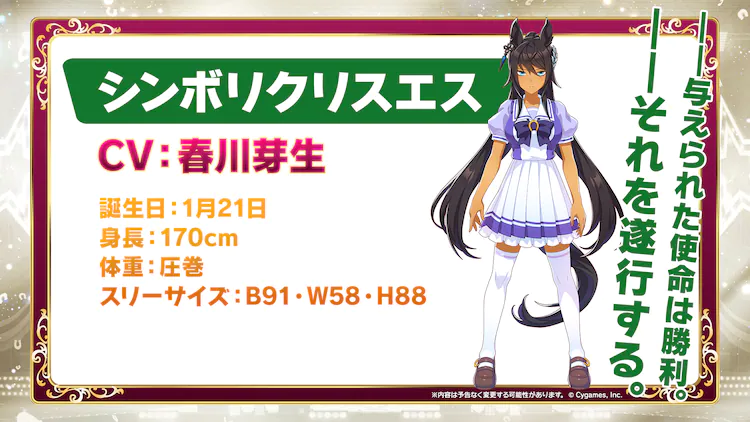 Tanino Gimlet will be voiced by Misato Matsuoka, who played model-turned-animator Tsubame in Keep Your Hands off Eizouken! and is currently appearing as Nekozaki in Shikimori’s Not Just a Cutie. 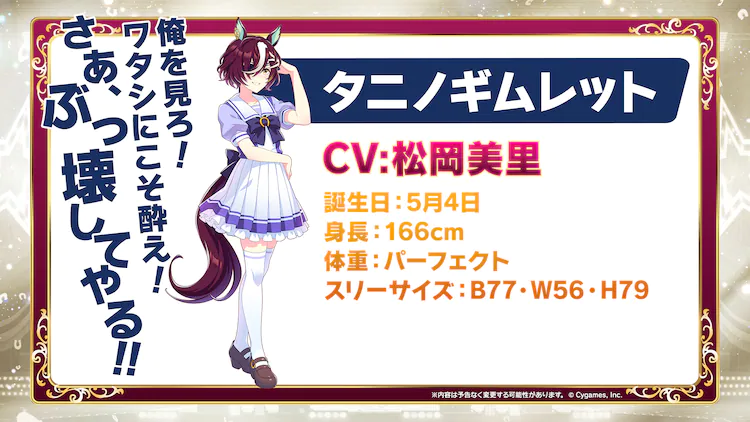 We also got more information on the upcoming spinoff manga focused on new character Sakura Laurel. The series will be published on the Tonari no Young Jump webcomics site, the home of Akebi’s Sailor Uniform, as well as the new home of Tokyo Ghoul creator Sui Ishida‘s manga Choujin X. 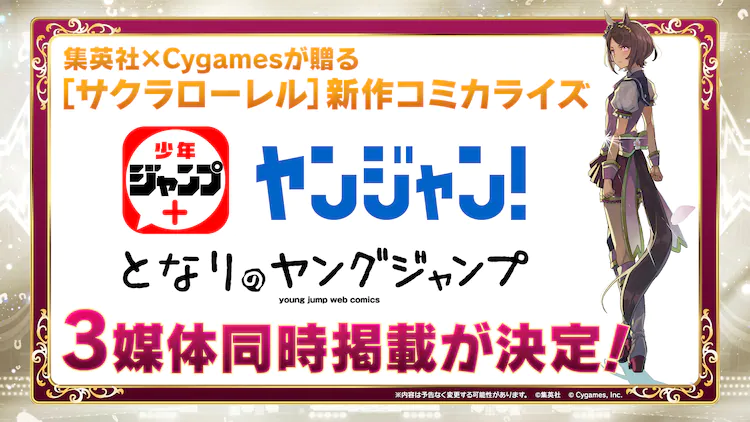 Nendoroids have also been announced of Oguri Cap, Daiwa Scarlet, and Twin Turbo: 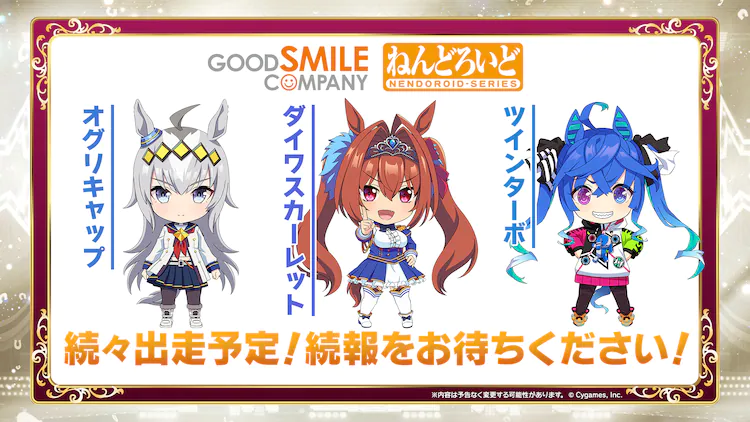 And, last but not least, we can look forward to an upcoming collaboration between Umamusume: Pretty Derby and Suntory coffee brand BOSS: 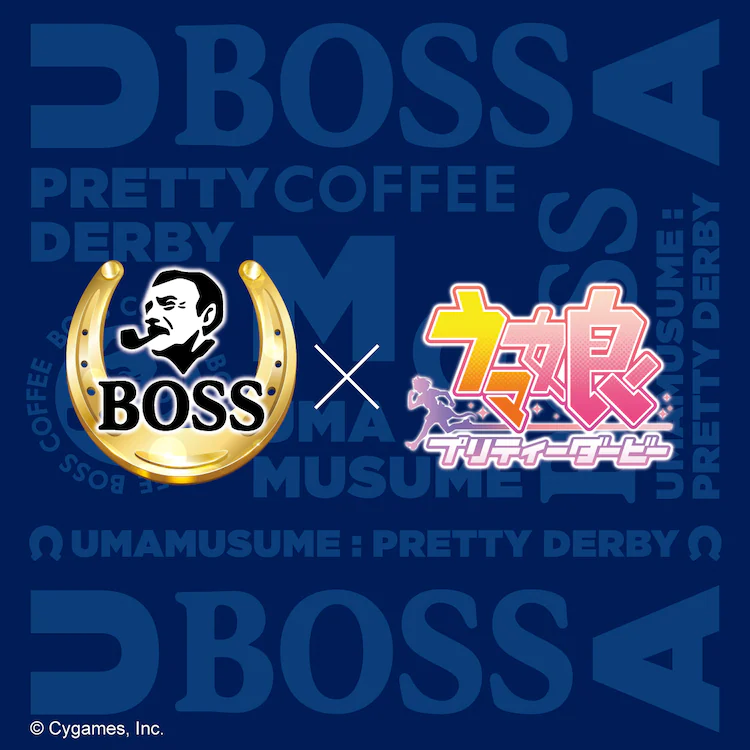