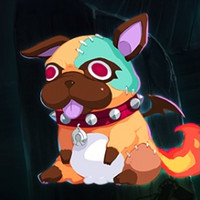 Disgaea 6 Complete is gearing up to make its debut on PlayStation 4, PlayStation 5 and PC on June 28, so NIS America wants everyone to be as prepared as possible. The latest trailer is here with a cram session on the strategy-RPG’s various systems, and you can bone up on everything from Auto-Battle to Super Reincarnation and more below.

In addition to the standard release, NIS America currently has a limited edition version up for pre-order while supplies last.

RELATED: Disgaea 6 Teams Up with the VTubers of Hololive in DLC Trailer

Can a mere Netherworld zombie rise up and destroy a god? Find out in the newest installment of the DISGAEA series! Features such as Super Reincarnation, 3D visuals (a first for this series), and adjustable gameplay settings make this the perfect game for both new and old DISGAEA fans!

From Grave to Glory: Join Zed in his quest to rise above his lowly status and challenge a God of Destruction. Along the way, meet zany characters, explore chaotic new worlds, and discover the power of sibling bonds and determination.

Undying and Unstoppable: Experience over-the-top tactical combat, complete with insane special attacks and a wide variety of allies to choose from. And when things get too hairy, use Super Reincarnation to keep trying until you succeed!

A Netherworld for Everyone: With customizable gameplay features such as Autoplay and Demon Intelligence, both new and returning players can forge a HL-raising experience that fits their lifestyle. Diving into DISGAEA has never been easier! Additionally, Disgaea 6 Complete includes new recolor DLC as well as all previously released character and cosmetic DLC, and marks the DISGAEA series’ debut on PS5!