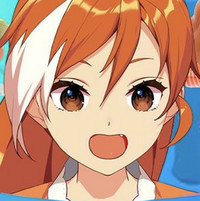 It’s time to bust out that old Wii Sports energy again, because everyone’s favorite motion control mini-games are back in Nintendo Switch Sports! Crunchyroll-Hime wouldn’t miss an opportunity to call herself an esports athlete on a technicality, and you can see how she fares in today’s stream starting at 1:00pm Pacific Time.

RELATED: Crunchyroll-Hime Aims for NO KILLS in Hitman III, a Game Ostensibly About Kills

Check out the stream via Hime’s YouTube channel below, and read on for more on how Super Chat and Membership funds will be going to a good cause all month long!

100% of Super Chat & Membership funds received will be donated at the end of each month to a pre-established charity Hime picks. For the month of May we will be donating to Center for Asian American Media (https://caamedia.org),  a nonprofit organization dedicated to presenting stories that convey the richness and diversity of Asian American experiences to the broadest audience possible. CAAM does this by funding, producing, distributing and exhibiting works in film, television and digital media.

Be sure to subscribe to keep up with Hime, and look for new live streams every Tuesday and Thursday.