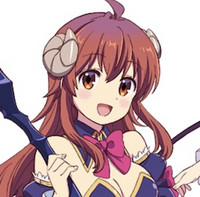 Delays were announced for a couple Spring 2022 anime series this week, including postponements for upcoming episodes of both The Dawn of the Witch and the second season of The Demon Girl Next Door. While no specific reasons were provided, the official websites stated that episode 7 airings will be delayed for one week.

RELATED: The Dawn of the Witch – Crunchyroll Spring 2022 Spotlight

Originally slated to air on May 19, listings have been updated to May 26 for the episode 7 broadcast of The Dawn of the Witch on TBS. The same date shift applies to The Demon Girl Next Door episode 7, which will also now broadcast on May 26.

Crunchyroll streams The Dawn of the Witch anime shortly after episodes air in Japan. Here’s an overview of the story:

I can’t remember. Who am I? What am I? Saybil is a student at a magic academy who has no memories of anything from before he joined the school. Not understanding why he’s there, the time he spends at the academy feels hollow and empty. And since he doesn’t know how to work hard, his grades are always the lowest in his year. Then, one day, the school headmaster, Albus, orders Saybil to participate in a dangerous special training. “I want you to spread the use of magic in an area where they hold witch hunts.” It has only been a few years since the war between the church and the witches came to an end—the world has not yet fully accepted witches and their magic. This is the dawn of the age of the witch. This is the story of how a young man, a boy who is no one special, and his companions, who all hold wounds in their hearts, set out and end up finding themselves.

You can catch The Demon Girl Next Door season 2 on HIDIVE, which sums up the story like so:

Shamiko aims to break her family’s curse and forms an unlikely allegiance with Momo, a rival from the Light Clan. They must work together to find another magical girl who’s gone missing and face a dangerous force lurking somewhere in the city!