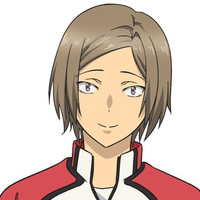 The Shoot! -Goal to the Future- TV anime kicks off this July both on Japanese TV and here on Crunchyroll, but ahead of the whistle blow, nine more characters and their voice actors were revealed today along with the opening theme song artist and song.

Joining the cast of Shoot! -Goal to the Future- is:

Singing the opening theme song to Shoot! Goal to the Future will be Airi Miyakawa performing “Aoreido.”

Atsushi Kamiya, a former captain at Kakegawa High School and the world-renowned “courageous captain” for a famous Italian soccer team…

And Hideto Tsuji, a student at Kakegawa High School, who seems uninterested in the now-weakened soccer team…

Their meeting is the start of a new legend…