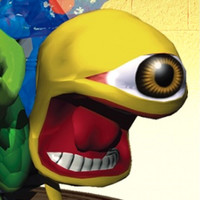 So, you think you have what it takes to come out on top of every other Monster Rancher player in the world? Have you raised monsters that are tuff enuff for global domination? Well then, that’s pretty awesome. Good job! You should totally put those skills to the test in Monster Koshien World Battle, the first-ever worldwide tournament for the series that’s set to kick off on May 10, 2022.

To compete, you just need to own a copy of Monster Rancher 1 & 2 DX on Nintendo Switch, PC or mobile. Players will be able to upload their save data to game servers via the built-in Tournament mode between May 10 and May 23. Auto-battles will take place behind the scenes in this mode, and those who make it to the quarterfinals will have their battles showcased online in a special video featuring Monster Rancher executive producer Kazumi Fujita on commentary.

RELATED: REVIEW: Monster Rancher 1 & 2 DX Is A Relic In The Best Way

If this has you rarin’ to battle, you can read more about the tournament on the official website.