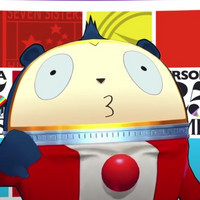 Atlus has announced that it is hosting a concert called “Persona Super Live P-Sound Wish 2022: Crossing Journey,” which will feature artists such as Lyn Inaizumi, Yumi Kawamura, Lotus Juice, Shihoko Hirata, and Shoji Meguro. It will be held over two days on October 8 and 9.

The concert will take place at Makuhari Messe in Chiba, Japan. For those who cannot attend the concert in person, it will be live-streamed worldwide.

On Twitter, Atlus USA even highlighted the event, so hopefully that could be a sign of some exciting announcements to come. As part of Persona‘s 25th-anniversary celebration this year, the next related announcement is scheduled for June.