Kanon, Keke, Sumire, Chisato and Ren are about to enter a new school year at Yuigaoka Girls’ High School this July in Love Live! Superstar!! Season 2, but that’s not all — four fresh first-years will be joining the Liella! group in the upcoming sequel, and they’re already off to a running start in a new visual. 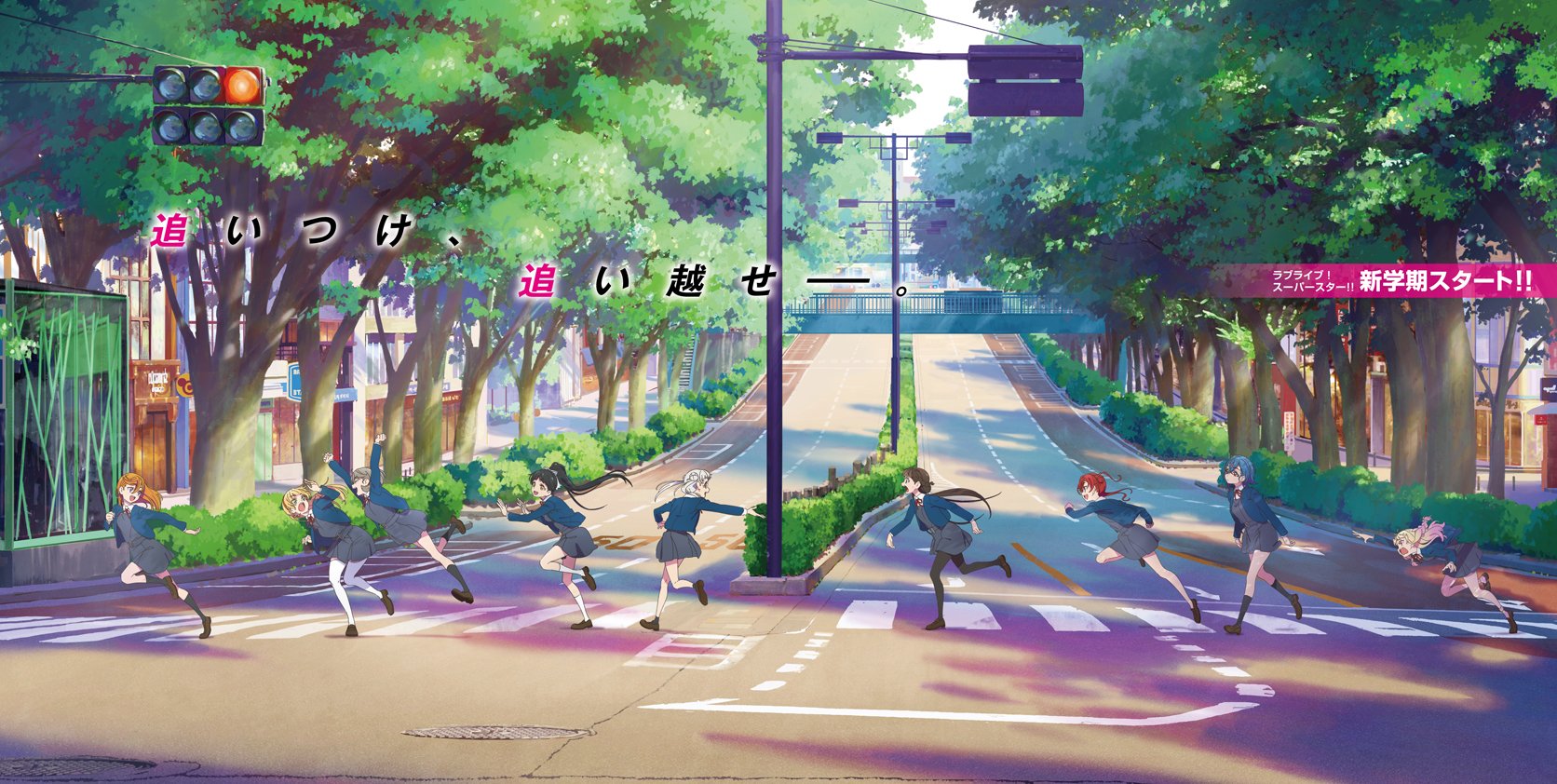 Voice actors for the new members are yet to be announced, but their names are as follows (from left to right):