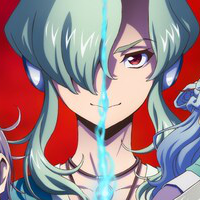 A fresh round of CARDFIGHT!! VANGUARD is about to commence, and the latest installment in the more than decade-old franchise, subtitled will+Dress, has officially played its opening card with the sequel’s first key visual. 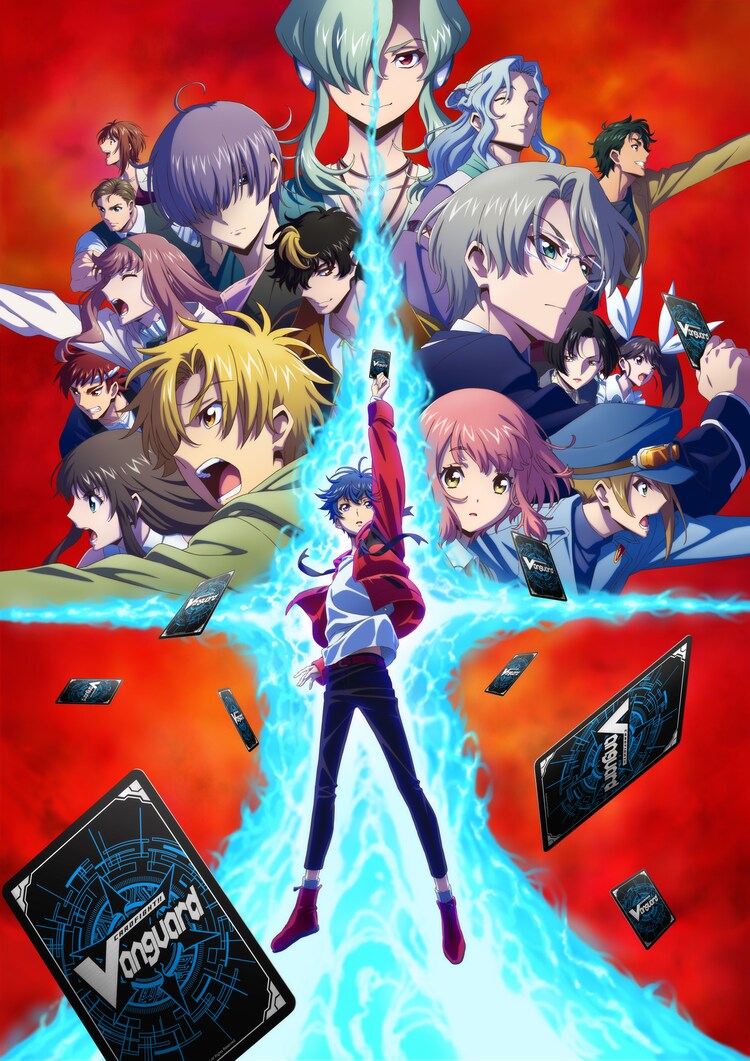 CARDFIGHT!! VANGUARD will+Dress is the third installment in the overDress spin-off series and is set to begin airing this July. The main staff and new supporting cast members are yet to be confirmed, though CLAMP are continuing to provide character designs, as shown in these campaign visuals divided by tournament blocks: 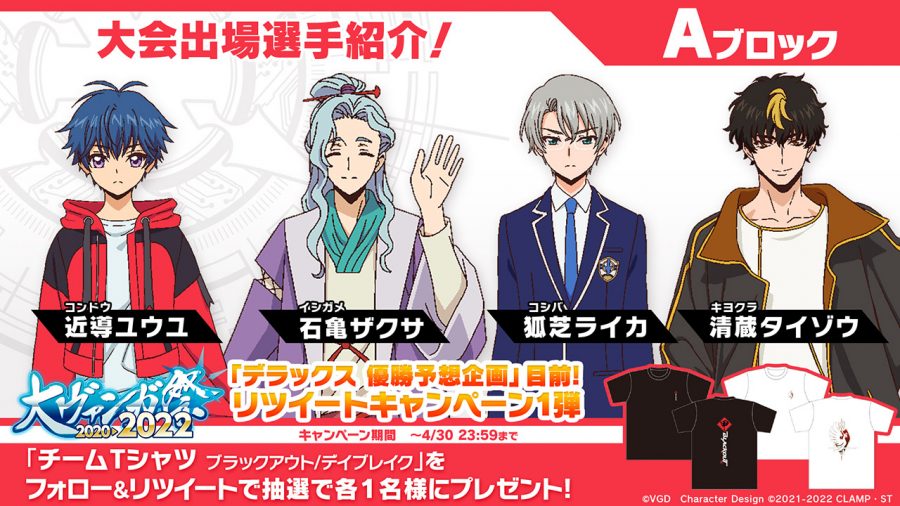 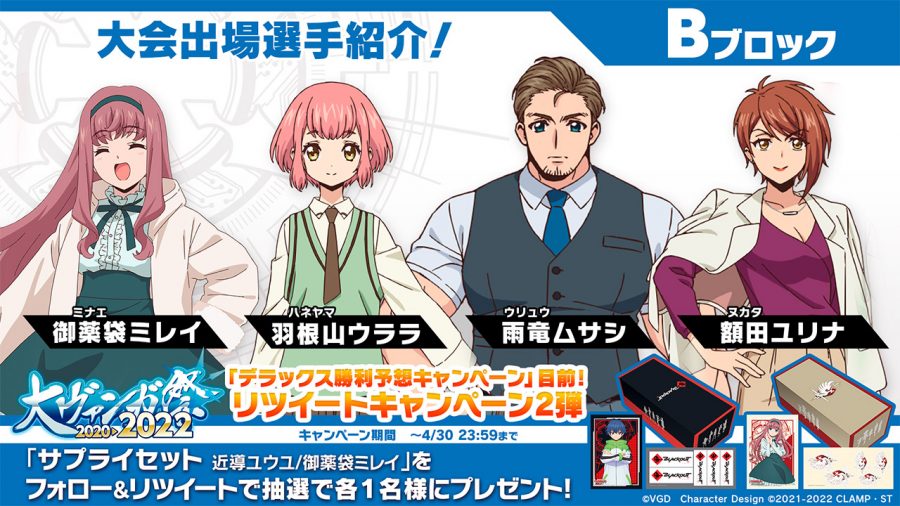 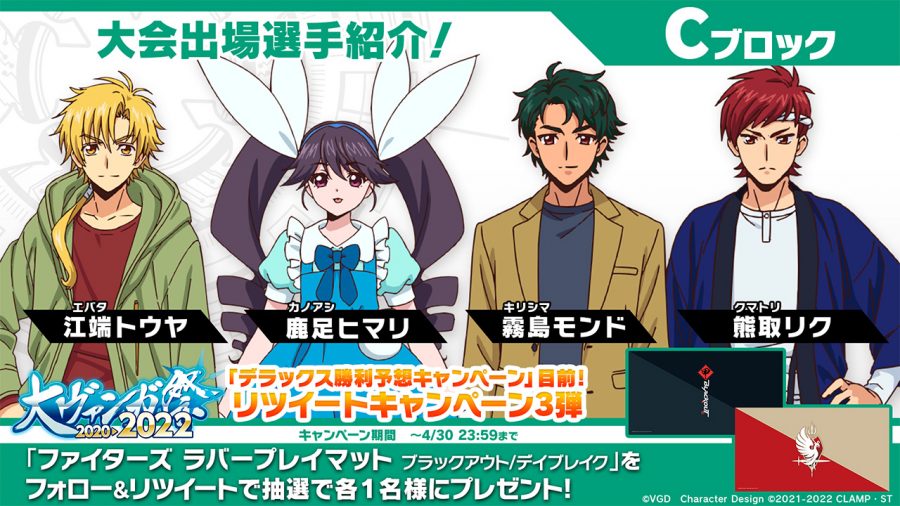 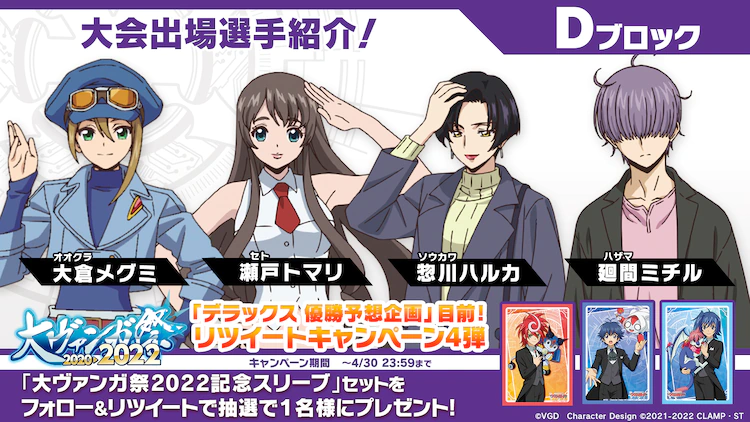 A campaign will reportedly be held later this month for fans to predict who’ll make it to the top 8 of the national tournament in the upcoming anime, with a special acrylic stand up for grabs for getting them all correct.

RELATED: HIGH CARD Anime is All in on 2023 Premiere with Junichi Wada Directing

If you’re a fan of card game anime, check out the first two seasons of CARDFIGHT!! VANGUARD overDress, right here on Crunchyroll!

Third-year middle school student Yu-yu Kondo lives in Kanazawa city of the country of Kaga. Being unable to reject requests, Yu-yu often gets caught up in his sister’s hobbies.

When Yu-yu could no longer bear it and ran away from home, he was saved by Megumi Okura. Megumi invites Yu-yu to the Night Amusement Park “Wonder Hill” where her friends gather.

The amusement park is where many youths of the Vanguard-centric group “Team Blackout” gather.

And this is how Yu-yu encounters Vanguard and was drawn in by the appeal of Vanguard and the world and friends he had never seen before.