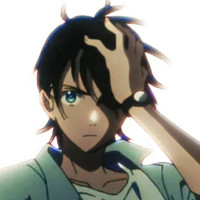 The thrills of Summer Time Rendering are currently taking over the airways of TV stations across Japan with the rest of the world having to wait a hot minute for the series to release on Disney+ internationally. But to keep people holding onto their seats in suspense, the Jump Comics YouTube channel released the creditless opening theme animation from the series.

The Summer Time Rendering TV anime will be directed by Ayumu Watanabe (Children of the Sea) at OLM. The series is set to stream both in Japan and internationally at some point on Disney+ with the TV broadcasting starting on April 14. The original manga series by by Yasuki Tanaka was first released on the Shonen Jump+ service in Japan, with the 13 volume series picked up by Udon Entertainment, which describes the series as such: