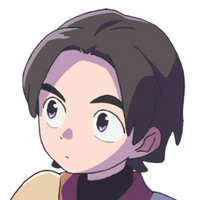 Just like the newest Pokémon in the games, the web anime branch of the Pokémon franchise is getting its own regional variation, Pokémon: Hisuian Snow. Previously teased back on Pokémon Day, the series got a lot more details today, including its name, its premiere date, a key visual (above), and details on its characters, staff members and a Japanese voice actors.

RELATED: Hisui and Sinnoh Get More Content for Pokémon Legends: Arceus and Diamond and Pearl

Ken Yamamoto will be directing Pokémon: Hisuian Snow over at WIT STUDIO, with Taku Kishimoto writing the scripts, KURO designing the characters, and music from Conisch.

Logo for the series:

Pokémon: Hisuian Snow will premiere on the Pokémon YouTube channel and Pokémon.TV on May 18, with three episodes set to cover the details of Alec’s exploration of the Hisui region, the location seen in the Pokémon: Legends Arceus video game. Here’s what the press release had to say about Alec, his father, and a mysterious Hisuian Zorua:

Alec is heading to the Hisui region in search of medicinal herbs. He is a mild-mannered young man who is studying to become a doctor. As a child, he once accompanied his father on a visit to the Hisui region. He had an adventurous and mischievous side to him when he was a child.

Alec’s Father (who will be voiced by Rikiya Koyama)-

Alec’s father is a woodworker. He originally lived in a different region, but recently moved to the Hisui region to procure materials. He came to fear Pokémon after a certain incident.

The Spiteful Fox Pokémon who lives in the Hisui region. It is said that the lingering spirits of Zorua who were chased out of their homeland and perished have returned to life in this form, fueled by the power of their malice toward humans and Pokémon.