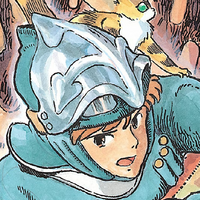 Remember that time they did a kabuki staging of Nausicaä of the Valley of the Wind? It’s back — and it’s going to be part of this summer’s July Grand Kabuki performance.

The play debuted in Ginza in 2019, and went on to get a TV broadcast, home video release, and even briefly an online stream. The whole thing was performed in full traditional kabuki style — with bonus giant bugs, of course. If you’re curious what that looks like in action, here’s a clip from the original show. You’ll get to see both Lord Yupa in action, and a flashback to a tiny Nausicaä making friends with the Ohm:

RELATED: Kikunosuke Onoe V Injured in Nausicaa of the Valley of the Wind Kabuki Play on Sunday

The play is also the first full adaptation of the original manga, covering material that wasn’t touched on even in the film.

Kikunosuke Onoe V will be appearing in the show once again. However, this time the kabuki actor — who originally took the lead as Nausicaä — will be playing the role of the antagonist Kushana, Princess of Torumekia. Yonekichi Nakamura V will take the lead this time.

Nausicaä of the Valley of the Wind Volume 1 -The Battle of the White Witch- is listed as Part 3 of the July Grand Kabuki performance. The rest of the performances will be more traditional classic kabuki selections.

The July Grand Kabuki performance will be staged July 4-29 at Tokyo’s Kabuki-za Theatre.