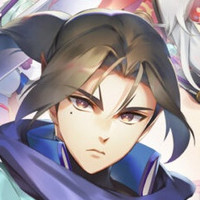 Developer Aquaplus has announced that the new Utawarerumono game, Monochrome Mobius: Rights and Wrongs Forgotten, will launch on September 8 for PS4 and PS5 in Japan, as well as for PC worldwide.

The PC version of Monochrome Mobius: Rights and Wrongs Forgotten will be published by DMM Games and Shiravune. It will also have English, Japanese, and Chinese subtitles.

The game follows a young man named Oshtar in Ennakamuy, a vassal state of Yamato. He meets a young girl named Shunya, who tells him that his father may still be alive. He then sets out for Arva Shulan, a new mysterious country. The game’s music will be produced by Naoya Shimokawa and the story written by Munemitsu Suga.

It’s currently unclear whether the PlayStation versions will have the same subtitle support or be released outside of Japan. NIS America helped published the most recent games worldwide, including Utawarerumono: Prelude to the Fallen and the hack and slash spinoff, Utawarerumono: Zan.