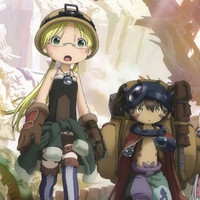 Golden Week is nearly upon us, and while that means Japan will mostly be taking a break from everything, the folks behind the Made in Abyss anime have something special planned for the occasion. A live stream is set to debut on YouTube on May 5 at 8:00pm Japan Time, promising some more information about the hotly-anticipated second season of the adaptation.

RELATED: Made In Abyss Season 2 Announces Its July 2022 Premiere Date

Lead voice cast members Miyu Tomita (Riko) and Mariya Ise (Reg) will be on hand for the live stream along with director Masayuki Kojima and producer Shinpei Yamashita. You’ll be able to catch it as it goes down via the video below, which says a new promo will debut with the info.

Made in Abyss season two is currently set to premiere this July. The first TV anime inspired by Akihito Tsukushi’s fantasy adventure manga was aired for 12 episodes from July to September 2017, and its two compilation films, Journey’s Dawn and Wandering Twilight followed in January 2019. Then, an all-new film Dawn of the Deep Soul was released in January 2020.