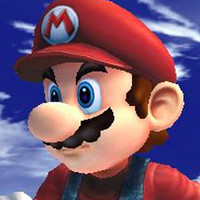 In an incredibly rare post on Twitter directly from Nintendo’s creative fellow Shigeru Miyamoto, the mother of Mario announced that the upcoming Super Mario Bros. animated film has been postponed from its original December 21, 2022 date to April 7, 2023, in North America and April 28 in Japan – a move usually only seen in their video games release dates!

This is Miyamoto. After consulting with Chris-san, my partner at Illumination on the Super Mario Bros. film, we decided to move the global release to Spring 2023–April 28 in Japan and April 7 in North America. My deepest apologies but I promise it will be well worth the wait.

Miyamoto explained that he spoke with his partner at Illumination Chris Meledandri, where the Super Mario Bros. film is being animated, and that they both decided together to move the release date back a few months.

RELATED: Get a 1-Up With New Coca-Cola Japan and Super Nintendo World Collab

Details on the Super Mario Bros. animated film are still sparse, though it was previously announced that Chris Pratt will voice the titular plumber Mario while Charlie Day will voice his lanky brother Luigi. Writing the Mario film will be The Lego Movie 2 scribe Matthew Fogel, with Teen Titan’s Go! To the Movies‘ Aaron Horvath and Michael Jelenic co-directing the animated movie.