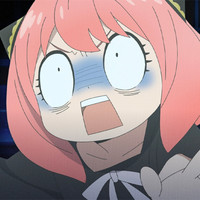 After three episodes, the SPY x FAMILY TV anime has finally graced us with the full ending theme and animation for the adaptation of Tatsuya Endo‘s domestic espionage manga, giving fans a look inside the mind of sweet little, peanut-loving, Anya. The TOHO Animation YouTube channel released a creditless version of the ending shortly after the third episode aired, to let us all watch it as we please.

The song featured as the ending theme “Comedy” is sung by multi-award-winning Japanese artist Gen Hoshino, who is best known as the singer of “Doraemon” and “Koi”.

You can see the ending theme video attached to each of the rest of the SPY x FAMILY episodes right here on Crunchyroll on Saturdays at 8:30 am PT.