The Battle Begins in Arknights [PRELUDE TO DAWN] Official Trailer 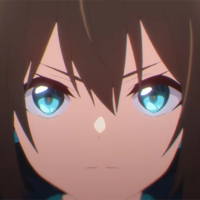 Fantasy mobile game Arknights is on its way to becoming an anime, and a new trailer has just dropped today, giving us an early look at the animal-eared warriors of Rhodes Island.

The original RPG/tower defense mobile game created by Hypergraph debuted in China in 2019, and went worldwide under Yostar (and Longcheng in Taiwan) in 2020. Since then, the game has been ranked high by players, and won multiple awards for its art, design, and play style.

The anime adaptation, Arknights [PRELUDE TO DAWN], was announced in October, and will hail from Yostar Pictures. Check out today’s trailer drop to see what’s in store:

As previously announced, the series will be directed by Yuki Watanabe, with Masaki Nishikawa assistant directing. At present, there is still no release date in play. But if you want to see more animated Arknights, check out the PV for the upcoming in-game event “Near Light” (launching April 28):

The Battle Begins in Arknights [PRELUDE TO DAWN] Official Trailer