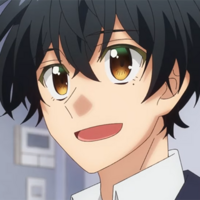 Recently, it was announced that BL/slice-of-life anime series Sasaki and Miyano would be getting another animated project. This weekend, we got official word of at least one upcoming thing: a bonus thirteenth episode, to be released as an OAD.

Titled “A Little Story Before Noticing Love,” the episode will follow the Disciplinary Committee as they form “The First Lost Property Detective Team” and set out to search for a student’s missing keychain.

Check out the PV:

The episode will come with volume 9 of Shō Harusono‘s manga, which comes out on July 27. Pre-orders are open for the manga/OAD combo until May 15.

Sasaki and Miyano follows the blossoming relationship of two high school boys, one of whom is a fan of BL manga. The series was streamed by Funimation.

It hasn’t been confirmed one way or the other yet whether this is the entirety of the “new animation project” previously teased, or if there will be more to come after the OAD.