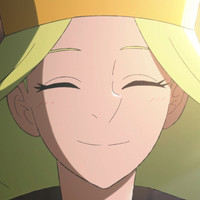 WIT Studio’s excellent adaptation of Sosuke Toka’s Ranking of Kings manga may have come to a close, but it’s never too late to honor its accomplishments. One way the show is being recognized is through the Japanese Broadcast Critics Association’s Galaxy Awards, and it took home one of the four awards available for the month of March.

The awards have been celebrating outstanding programs, people and groups with the aim of improving broadcast culture in Japan since 1963. Ranking of Kings was chosen because of its multilayered story, character depth, the complex feelings expressed and the remarkable action scenes on display.

Beyond this monthly win, the series will also be eligible for the annual Galaxy Awards when the time comes.

RELATED FEATURE: Heavy Is The Head — The Importance Of Weight In Ranking of Kings

Crunchyroll streamed the Ranking of Kings anime as it aired and describes it like so:

How prosperous your nation is, how many powerful warriors it boasts, and how heroic and strong its king is. These are the criteria that factor into the system known as the Ranking of Kings.

The main character, Bojji, was born the first prince of the kingdom ruled by King Bossu, who is ranked number seven.

But Bojji was born unable to hear and is so powerless that he can’t even swing a sword. In consequence, his own retainers and the public, look down upon him as completely unfit to be king.

It is then that Bojji finds his first friend, Kage, and Bojji’s life takes a dramatic turn…