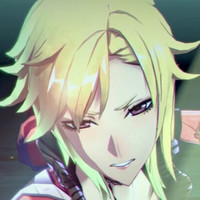 Atlus released a new character trailer for Milady in Soul Hackers 2. Additionally, the game’s official website has been updated to provide some more details about her.

Milady is an agent of the Phantom Society, a faction of Devil Summoners. She was killed by her own team but was brought back to life via Ringo’s soul hacking ability. She then joins Ringo’s side as she discovers the reason behind why she was killed in the first place.

Milady is calm and collected, being more calculative than her peers. While she makes decisions based on logic and reasoning, others might see her as cold and heartless.

Her weapon is a pair of sai blades and she seems to specialize in offensive capabilities, particularly magical abilities as she has a high intelligence stat. Her elemental affinity is fire and she learns skills that can attack enemies while also recovering her MP.

Soul Hackers 2 launches on August 25 in Japan and August 26 globally for PC, PS4, PS5, Xbox One, and Xbox Series X|S.