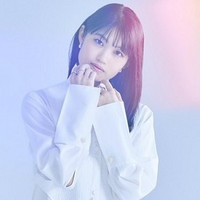 The digitally remastered edition of the film will be aired on Nihon TV’s “Friday Roadshow” programming block on May 13, 2022. 18 years has passed since the last time the film was aired on the block, so a new Japanese dub was dediced to be produced.

Hepburn has been dubbed by various voice actresses in Japan, such as Masako Ikeda (Maetel in Galaxy Express 999), Akemi Okamura (Nami in One Piece), and Yoshino Nanjo (Eli Ayase in Love Live!). Hayami writes on Twitter, “I am beyond honored…! I am still very excited even after the recording.”

She also says that she became aware of voice acting when she saw Masako Ikeda’s dubbing of Audrey Hepburn in her films when she was a child. “As a fan of the film, I am very happy that it will be broadcast. I can’t even begin to express how honored I am to be cast as Princess Anne! Just talking about it like this makes my heart rate rise and makes me nervous…. I have tried my best to convey the charm of Anne in the film, and I hope that you will have a wonderful ‘holiday’ watching it.”