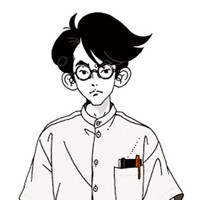 Though we haven’t heard when The Tatami Galaxy anime sequel will premiere, the official Twitter account for Tatami Time Machine Blues revealed today that the anime will get its theatrical release on September 30 in Japan for a limited-three-week span. The theatrical version of the limited series was previously announced to be released after its premiere on Disney+.

The episodic version of Tatami Time Machine Blues, which is based on the novel written by Tomihiko and Makoto Ueda and illustrated by Yusuke Nakamura, will also feature an exclusive story not seen in the theatrical version. The anime is being directed by Sonny Boy director Shingo Natsume at Science SARU.

The story of Tatami Time Machine Blues is set during a sweltering midsummer day when Ozu, the protagonist’s “terrible friend,” accidentally drowns the only remote control for the air conditioning unit in their apartment. While they discuss their predicament with Akashi, the protagonist’s raven-haired love interest, a sloppily-dressed time-traveling student arrives from 25 years in the future, prompting the protagonist to borrow his time machine in an effort to snatch the remote control from the past before it breaks.

Tatami Time Machine Blues will be streamed on DIsney+ around the world at a currently unannounced date, though will reportedly be before the theatrical release in Japan on September 30.