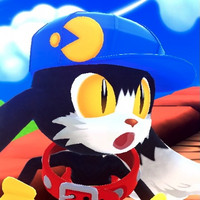 Klonoa Phantasy Reverie Series was originally revealed for a July 8 launch on Nintendo Switch, with other consoles and a PC release listed as “coming soon.” Now those dates have all been lined up, and the collection of remakes will officially hit PlayStation 4, PlayStation 5, Xbox One, Xbox Series X|S and PC around the world on the same day.

The Japanese launch is set for a day earlier on July 7, and both it and Europe will receive both physical and digital versions of the game.