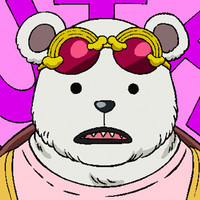 The super scary polar bear of the Heart Pirates Bepo got his ONE PIECE FILM RED costume revealed today in yet another character visual for the upcoming film. The visual shows Bepo with an Uta sign – who is the supposed daughter of Shanks – in a very wota-like (idol fan) get-up for the seven seas singer.

The Japanese text on the visual reads a very sheepish, “Excuse me…” 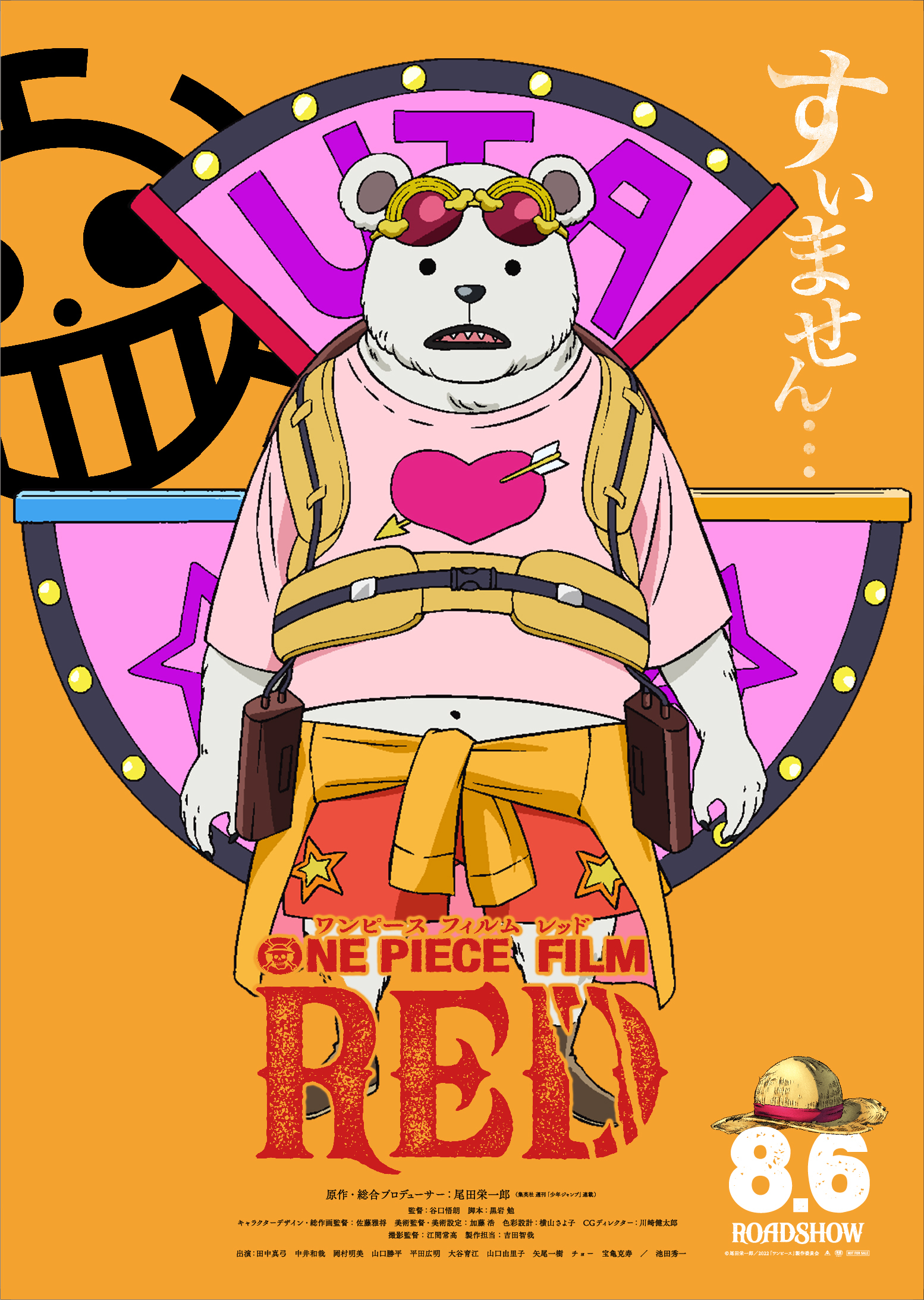