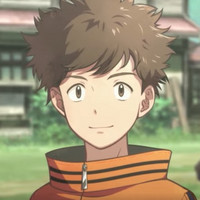 Bandai Namco announced that the release of Digimon Survive is on July 28 in Japan and July 29 worldwide.

“The Digimon Survive team is planning to deliver more exciting news to you in all forms. Please look forward to it and stay tuned,” says producer Kazumasa Habu. The game has been delayed multiple times and was originally supposed to release in 2020. It was pushed back to 2021 and then again to 2022. The release date has finally been confirmed!

Digimon Survive is a mix of strategy RPG gameplay and a visual novel format. It will launch on Nintendo Switch, PC, PlayStation 4, and Xbox.

Some anticipated Digi-news has arrived!????

Kazumasa Habu, producer for #DigimonSurvive, is here with a special message for everyone and the latest update to the game.