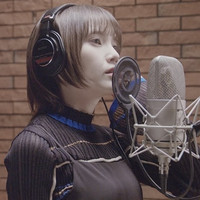 The song was originally released by the two-member unit YOASOBI on January 6, 2021 as their seventh digital single. The song’s official music video featuring the anime footage has been viewed more than 200 million times on YouTube. Kito says is a video message, “I’m into this song lately and I sing it even at home. So I was given the opportunity to do this cover performance, and I enjoyed singing it very much.”