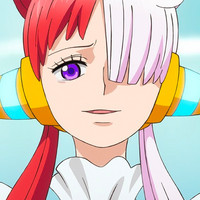 One Piece isn’t exactly known for its small cast of characters, and while all the Straw Hats and the new characters (plus the almighty hunk of a man Shanks) have already had their character visuals released for ONE PIECE FILM RED, the upcoming Toei Animation-production released a short video today showing off the character designs of a bunch of fan-favorite characters, including Law, Koby, Bepo, and more.