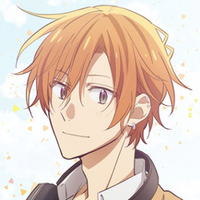 Last month, we got confirmation that “boys’ life” (“boys’ love” + “slice of life”) series Sasaki and Miyano will be getting another anime project. That’s all we know for now, but it looks like we’ll be getting a bigger news drop in just a few days.

On April 22, the KADOKAWAanime YouTube channel will be hosting “Sasamiya Radio Special Extra Edition! Spring Announcement Festival.” The stream will feature the boys themselves — Yusuke Shirai (the voice of Shūmei Sasaki) and Sōma Saitō (the voice of Yoshikazu Miyano). The pair will deliver the latest information on the upcoming work.

Set your reminder for the stream here:

Sasaki and Miyano was part of the recent winter anime season, and a new anime project was announced just after the final episode aired. The series was simulcast by Funimation, who describe it thus:

Miyano spends his days reading Boys’ Love manga and worrying about the soft features of his face. His world of fiction becomes reality when a chance encounter leads him to high school senior Sasaki in the middle of a fight. Now, Sasaki wants to spend every opportunity he can to get to know Miyano. And what was once admiration quickly turns into affection.

Crunchyroll is part of Funimation Global Group, a joint venture between Sony Pictures Entertainment and Aniplex.