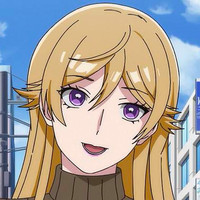 Blue Period is the story of one kid who is doing his best to make it into the Tokyo University of the Arts, being inspired by those before him and the girl he has a creative crush on. To help inspire others on their Geidai journey, the series has installed two manhole covers in late March close to the Department of Painting of the university near the back gate.

The two covers, which feature Yatora Yaguchi on one cover and Ryuji “Yuka” Ayukawa on the other, had their designs released by Taito Ward. 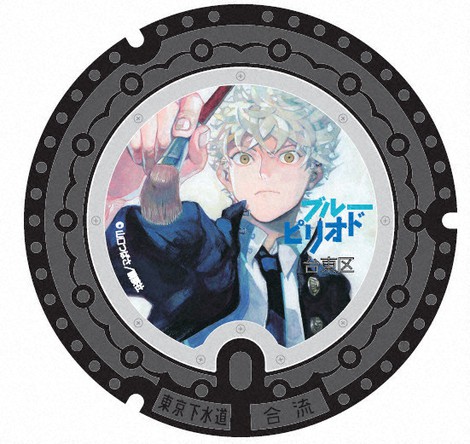 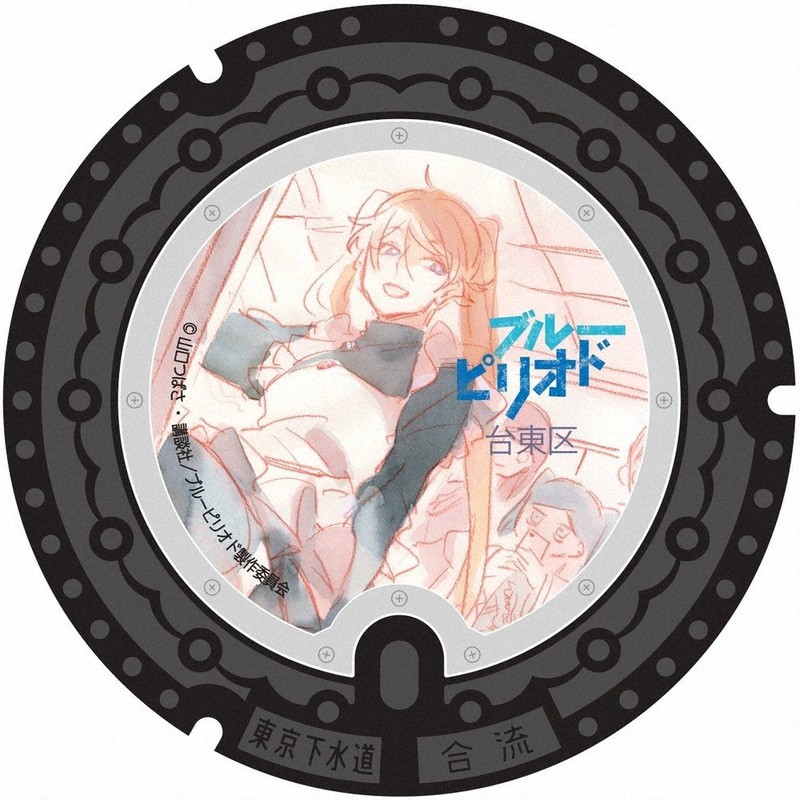 Not only is Tokyo University of the Arts close to the series as the main goal of Yaguchi, but it is also the university where series creator Tsubasa Yamaguchi graduated from, bringing Blue Period back to the real-life campus.

Taito Ward, the administrative council of the area of Ueno where Tokyo University of the Arts is situated, is looking at making the area a new anime pilgrimage site, much like how Asakusa (which is also in Taito Ward) is a pilgrimage site for Sarazanmei. The council is hoping this will drive up local tourism after the pandemic lowered the number of people visiting Ueno Park and its surrounding attractions.

The Blue Period manga has been serialized in Kodansha’s Monthly Afternoon since June 2017, with its English language edition having been published by Kodansha USA since October 2020. Here’s the official synopsis:

Yatora is the perfect high school student, with good grades and lots of friends. It’s an effortless performance, and, ultimately…a dull one. But he wanders into the art room one day, and a lone painting captures his eye, awakening him to a kind of beauty he never knew. Compelled and consumed, he dives in headfirst — and he’s about to learn how savage and unforgiving art can be!

The anime adaptation of Blue Period aired between October 2, 2021, and December 18, 2021, with Netflix streaming the series worldwide after a few weeks.