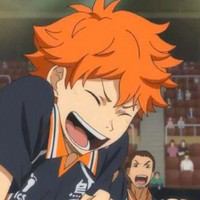 It’s been nearly two years since Haruichi Furudate‘s Haikyu!! manga series ended, leaving us with the final outcomes of the characters we’ve known and loved over the last decade. But in celebration of the 10th anniversary of the start of the manga series, a Haikyu!! one-shot will be published in next week’s combined 21 and 22 issues of Weekly Shonen Jump, which is scheduled to be released on April 25.

To keep spoilers at bay and keep fans guessing, the story for the Haikyu!! one-shot isn’t currently known but Furudate has been releasing adult versions of all the main characters over on the official Twitter account for the franchise alongside a tidbit of information on what they’re currently doing after finishing school.

RELATED: Haikyu!! Manga Comes to an End on July 20

Haikyu!! ran in Weekly Shonen Jump from February 20, 2012, to July 20, 2020, with all 402 chapters collected into 45 volumes. All the chapters are available to read in English on the Shonen Jump app in English. Crunchyroll is streaming all four TV anime seasons of the Haikyu!! anime adaptation, describing it as such:

Based off of the original Weekly Shonen Jump manga series from Haruichi Furudate, Haikyu!! is a slice-of-life sports anime revolving around Shoyo Hinata’s love of volleyball. Inspired by a small-statured pro volleyball player, Hinata creates a volleyball team in his last year of middle school. Unfortunately the team is matched up against the “King of the Court” Tobio Kageyama’s team in their first tournament and inevitably lose. After the crushing defeat, Hinata vows to surpass Kageyama After entering high school, Hinata joins the volleyball team only to find that Tobio has also joined.