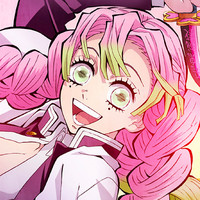 It has been a few months since Demon Slayer: Kimetsu no Yaiba Entertainment District Arc ended, leaving us wanting to see what’s next for our heroes as they try and take down Muzan while helping Nezuko return to being a human. At the Kimetsu Festival ~3rd Anniversary Celebration today at Makuhari Messe, the first look at the Swordsmith Village Arc was unveiled, giving fans a taste of the next Demon Slayer story.

The teaser trailer was shown off in the Kimetsu Party -Entertainment District Arc- panel today, which was live-streamed in English and Traditional Chinese, with a VOD available for it. The second stage event, Kimetsu Party -Mugen Train Arc- will begin on April 16th at 11 PM (PDT).