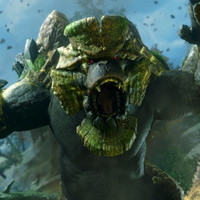 Capcom came through with a double dose of Monster Hunter Rise videos this week, showing off more of the Sunbreak expansion that’s coming to Nintendo Switch and PC on June 30. In addition to a tour of the Citadel area, you can watch as the hunt commences for the beast known as Garangolm.

First up is a stroll through one of the key new locales in Sunbreak:

The formidable new monster, the mighty Garangolm, described as a “fanged beast with a rigid body”: