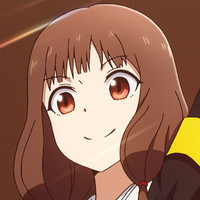 It’s one thing to hear the heavenly voice of Masayuki Suzuki on the opening theme song of Kaguya-sama: Love Is War -Ultra Romantic- every week, but it’s another thing to watch him strut his stuff on screen as he belts out “GIRI GIRI” alongside singer Suu. Today, Suzuki released the full music video for “GIRI GIRI” over on his YouTube channel, where you can enjoy the duo performing the single anytime you want!