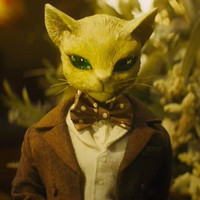 The official website for the long-awaited live-action film adaptation of Aoi Hiiragi’s romantic coming of age manga Mimi wo Sumaseba / Whisper of the Heart posted two teaser visuals and a 30-second teaser trailer to announce its release date of October 14, 2022.

The Nana Seino (Ai in Mamoru Oshii’s Nowhere Girl) and Touri Matsuzaka (Takeru Shiba/Shinken Red in Samurai Sentai Shinkenger)-starring film was originally scheduled to be released in Japan on September 18, 2020, but had been postponed for two years due to the effect of the COVID-19 pandemic.

Yoko Honna, who voiced the protagonist Shizuku Tsukishima in the Studio Ghibli-produced anime film adaptation in 1995, serves as narrator in the end of the teaser trailer. And it was also announced that Runa Hasuhara and Tsubasa Nakagawa are cast as Shizuku Tsukishima and Seiji Amasawa in their junior high school days.

The Yuichiro Hirakawa (The Promised Neverland live-action film)-directed adaptation is told in two parts: “Ano koro (past)” based on the manga story, and the original part “Junen-go (present)” set ten years after that.

In the second part, one of the two protagonists, the grown-up Seiji Amasawa lives in a foreign country, so the filming overseas locations was necessary unless the story setting was changed. According to the film’s co-distributor Shochiku and Sony Picture Entertainment, however, the travel to overseas and filming were barred by the Japanese government due to the spread of COVID-19, which caused the long delay of production.

©2022 “Whisper of the Heart” Production Committee