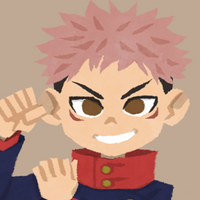 The best anime April Fools’ pranks have a strange tendency to come true… at least to some degree. This year was no different. After the official JUJUTSU KAISEN Twitter account tweeted an edited screenshot that went over well, they’ve decided to embrace it — meaning we’ll be getting a PUI PUI Molcar crossover.

The original tweet was this shot of Yaga, with cavy car Potato edited in:

Whether this was a teaser for an already-planned collab, or the two companies realizing they were on to something, the joke has led to a real collaboration. Adorable art has hit the official JUJUTSU KAISEN Twitter, showing characters from both shows together:

There’s also a page for the collaboration, which states only “Coming Soon” for the time being. For now, the collab consists of the visuals; but the art will be used for a line of goods in the near future.

RELATED: Take Your Nendoroids for a Ride in a PUI PUI Molcar Nendo

JUJUTSU KAISEN has been taking theaters by storm with its new film, while stop-motion short subject PUI PUI Molcar has achieved global popularity and praise since its debut. There’s no word yet on what we can expect to buy when the collab goes live, but we’re definitely looking forward to it.