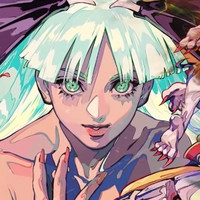 Announced back in February, Capcom Fighting Collection is a 10-game set that brings some classics back into the spotlight, including the Darkstalkers games, Cyberbots: Fullmetal Madness and more. Now that we’re getting closer to the June 24 launch, Capcom shared a new preview that shows off the collection’s content and puts the spotlight on some of the pre-order bonuses.

Those who pre-order can look forward to bonus Museum content, including 18 remixed music tracks—from the likes of CAP-JAMS, Knxwledge, Mndsgn, KEIZOmachine!, Olive Oil and Matt Cab—and exclusive new illustrations from Yuri Kataiwa, SAKUTAMO, Ryuji Higurashi, Tamio and Chisato Mita. Check out the pre-order trailer for the latest look at the collection below.

Here’s the full lineup of games:

The collection will be priced at $39.99 and will be available both physically and digitally. You’ll also be able to pick up the digital Capcom Fighting Bundle—which includes Capcom Fighting Collection and Street Fighter 30th Anniversary Collection—at the same time for $59.99.