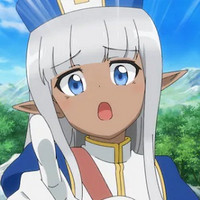 Get ready to bring the pain, because more than twenty guest cast members have been revealed and a credit-free version of the opening animation sequence has been published for Don’t Hurt Me, My Healer! (known in Japan as Kono Healer, Mendokusai), a currently broadcasting TV anime based on the fantasy comedy manga by Tannen ni Hakkou about a frustrated knight who ends up teaming up with a particularly annoying priest.

The new cast members include:

Don’t Hurt Me, My Healer! is directed by Nobuaki Nakanishi and features animation production by Jumondou. The series is currently broadcasting in Japan and is also available via streaming on Crunchyroll as part of the spring 2022 anime simulcast lineup.