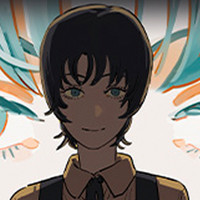 Following up on a recent tease and an official date and title announcement, the latest one-shot from Chainsaw Man creator Tatsuki Fujimoto is now available. The 200-page Goodbye, Eri story launched in Japan on midnight of April 11, and it’s also available in English via the official Shonen Jump app and website.

You can read the special one-shot right now for free.

Goodbye, Eri: A special 200-page one-shot by Tatsuki Fujimoto, the creator of Chainsaw Man! Read it FREE from the official source! https://t.co/kgOKTwXjBq pic.twitter.com/8L434TLJRA

After the first part of the Chainsaw Man manga ended in Weekly Shonen Jump in December 2020, Fujimoto has been working on one-shots for the online manga platform, with his last, Look Back, receiving critical acclaim and winning numerous awards, including topping the Kono Manga ga Sugoi! survey.

As previously reported, Look Back will receive a print release from VIZ Media this fall.

Announcement: Look Back is the heart-wrenching single-volume story about the struggles of being an artist, from Tatsuki Fujimoto, the creator of Chainsaw Man. Releases Fall 2022. pic.twitter.com/vmxV4VryrK

The next part of Chainsaw Man is scheduled to be released in Q3 2022 on Jump+.