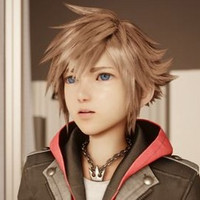 The game follows series protagonist Sora in a world called Quadratum, a large sprawling city that’s modeled after real-life Shibuya. It was also the main setting of Verum Rex, a fictional game within Kingdom Hearts. Sora now embarks on a new storyline called the “Lost Master Arc” and is seen summoning his Keyblade against a large enemy.

Donald and Goofy will make a return as well, and the new trailer shows the mysterious black hooded figures coming back too. Strelitzia from Kingdom Hearts Union X, where she was a Union leader after the First Keyblade War, makes her first appearance in a mainline game.

No platforms or release windows were revealed for Kingdom Hearts 4 yet.

Square Enix also announced Kingdom Hearts Missing-Link, a new title for iOS and Android. Players can journey through various places from Scala ad Caelum and even into the real world. It’ll feature a new, original story, and a beta test will occur sometime this year.