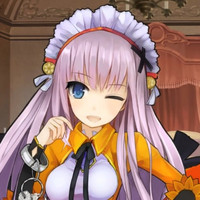 The enhanced version of Experience’s dungeon-crawler Demon Gaze is on its way to PC worldwide. Publisher Clouded Leopard Entertainment announced plans to bring Demon Gaze EXTRA to PC via Steam on April 26, with the $49.99 RPG discounted at 10 percent off until May 2.

In addition to the standard release, there will be a digital premium edition for $68.98. That version packs in the “Tons of Fun! Perfect Gem Set” DLC, which includes 333 gems and the Demon Gaze EXTRA Memorial Soundtrack.

RELATED: Demon Gaze EXTRA Crawls Its Way to the West on December 9

Demon Gaze EXTRA previously made its way to PlayStation 4 and Nintendo Switch in the west on December 9.

Since its release in Japan in 2013 and overseas in 2014, the original dungeon RPG DEMON GAZE was an instant hit.

The game takes place in the Misrid region in the west, a land now desolate and cursed due to a terrible tragedy that occurred long ago. After losing his memory and waking up at the Dragon Inn, the protagonist becomes a bounty hunter using the Demon Gaze, an eye that controls Demons. As a Demon Gazer, he is uniquely capable of taking on the Demons that dwell in the region’s labyrinths.

With its innovative system, engrossing storyline and thrilling challenges, DEMON GAZE EXTRA retains its original flavor while adding enhanced graphics and a number of new elements for an even greater gameplay experience.

This gem is guaranteed to delight past Demon Gazers, as well as new fans of dungeon RPGs!