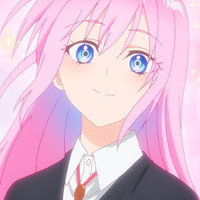 Anime studio Doga Kobo revealed on its website on April 6 that the company would be closed from April 6 to April 17 due to a rapid increase of COVID-19 infections between staff members. Due to this, the production committee for the upcoming Shikimori’s Not Just a Cutie TV anime announced on the show’s website that they are “currently discussing how to handle future broadcasts [of episodes],” though not confirming if the series will be delayed or not at this stage.

The production committee for Shikimori’s Not Just a Cutie clarified that while there may be issues for future episodes, the first episode will still air on April 9 on the ANiMAZiNG!!! TV block. They stated that “the Shikimori production committee is determined to carry on with the production of the show with the health and safety of the staff and cast as our top priority.” Details on future episode broadcasts will be announced via the official website and social media.

The studio itself has been closed since April 6 and will continue to be closed until April 17, with no one allowed access to the inside of the building. Production staff who haven’t tested positive for COVID-19 will be allowed to work with other staff one-on-one during this time, keeping some production going for the anime studio.

Doga Kobo apologized for the situation, saying “we apologize for any inconvenience this may cause and ask for your understanding.”