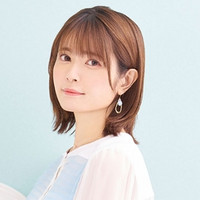 To celebrate the tenth anniversary of her artist debut, voice actress Ayana Taketatsu (Azusa Nakano in K-ON!, Kirino Kosaka in Oreimo) has revealed her new artist photo (see above) and announced that a special program will be live-streamed on April 11, 2022 at 20:30 (JST) / 04:30 (PT).

While working as one of popular anime voice actresses, she made her solo singer debut from Pony Canon on April 11, 2011, with her first single “Sinfonia! Sinfonia!!!.” The day of the live-streaming will be the exact tenth anniversary day of the date of its release.

Along with all of her past music videos, her official YouTube channel was relaunched last month. This will be her first live-streaming on the channel. She is now looking for messages and questions from fans to feature in the program, as well as memories of her live performances and the first time they heard her songs. You can send your message to her at this e-mail address: [email protected]