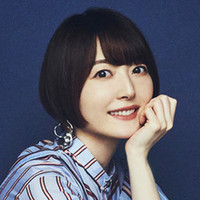 The talent agency for Kana Hanazawa revealed today that the voice actor and singer has tested positive for COVID-19 after she had a sore throat on the night of April 5. Due to this, Hanazawa’s staff announced through her website that they have had to cancel her HANAZAWA KANA Live 2022 “blossom” performance in Kobe on April 10.

Official portrait of Hanazawa from her talent agency

Kana Hanazawa is one of the biggest voice actors in anime today, having voiced roles spanning from Nadeko in the Monogatari franchise, Mayuri Shiina in STEINS;GATE, Mitsuri Kanroji in Demon Slayer: Kimetsu no Yaiba, Ichika Nakano in The Quintessential Quintuplets, Koharu (known as Chole in English) in the current Pokémon anime, Kosaki Onodera in Nisekoi, and many many more.

Hanazawa came down with a sore throat at night on April 5 and was immediately administered a PCR test, which returned a positive result. She’s currently undergoing treatment in accordance with her local health center, though it is not known if she is in a hospital or at home.