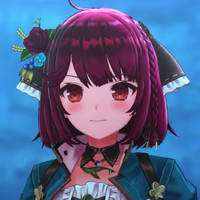 Gust and Koei Tecmo have released a new trailer detailing a collaboration between Atelier Sophie 2 and Tales of Arise, with special accessories and skins for their respective games. The crossover is to celebrate the Atelier franchise’s 25th anniversary.

In Tales of Arise, characters can wear Sophie’s flower hair clip as an attachment. Additionally, Shionne gets an exclusive Hunting Rifle weapon skin modeled after Olias Ender’s weapon from Atelier Sophie 2. Dohalim receives an exclusive weapon skin too in the form of Sophie’s Starguide Staff.