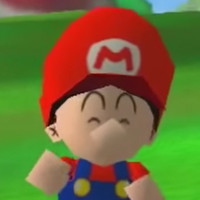 It seems spring is the season to head out onto the green with BIRDIE WING -Golf Girls’ Story- airing this anime season and the classic Nintendo 64 game Mario Golf swinging its way onto the Nintendo Switch on April 15 through the Nintendo Switch Online + Expansion Pack service. Nintendo Japan released a trailer for the game showing it upscaled for the re-released.

Get into the swing! ⛳

Tee off with Mario and friends when Mario Golf comes to #NintendoSwitch for #NintendoSwitchOnline + Expansion Pack members on 4/15. #Nintendo64 pic.twitter.com/bB4ujaj59F

Mario Golf is the latest game to launch for the Nintendo Switch Online + Expansion Pack which launched as an expanded tier to the NSO service, bringing Nintendo 64 games and Sega Genesis (also known as the Sega Mega Drive everywhere but North America) for the much-expanded price of US$49.99 annually. More games, such as Pokémon Snap and Kirby 64: The Crystal Shards are confirmed to hit the service at some point.