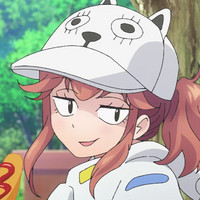 The lovey-dovey adventures of Red Gelato and Reaper Princess begin in a few hours as the first episode of the TV anime adaptation of Hiroshi Noda and Takahiro Wakamatsu‘s Love After World Domination manga is set to premiere later today on Japanese TV. To celebrate today’s broadcast, a brand new trailer for Love After World Domination was released previewing more of the series as well as the ending theme song “Koi wa Sekai Teiri to Tomo ni (Love Alongside World Proposition)” by DIALOGUE+.

Directing the Love After World Domination TV anime series is Kazuya Iwata (Rascal Does Not Dream of Bunny Girl Senpai assistant director) with Satoru Sugizawa (episodes of Pastel Memories) writing the scripts, Akemi Kobayashi (Chi’s Sweet Home) drawing the character designs, Satoshi Motoyama as the sound director, and Satoshi Hono and Ryunosuke Kasai writing the music with Pony Canyon and App Dream producing the music. The series will be animated at Project no. 9 with Dream Shift overseeing the entire project.

Crunchyroll is set to stream Love After World Domination after its Japanese premiere on April 8, describing the superhero rom-com as such:

One spring day, a young, innocent couple sits side by side in a field. Their names are Fudo Aikawa and Desumi Magahara… but they are actually “Red Gelato,” the leader of the heroic fighting force Gelato 5, and “Reaper Princess,” a combat force member of the secret evil organization Gekko! These two are supposed to be enemies, so the public can’t know that they’re dating no matter what. All they can do is see each other secretly between fights. This spring day is just another day of them happily enjoying their time together while the fierce flames of a violent battle blaze right next to them!! This is a story of a hero of justice and an evil warrior trying to be lovey-dovey without being seen!